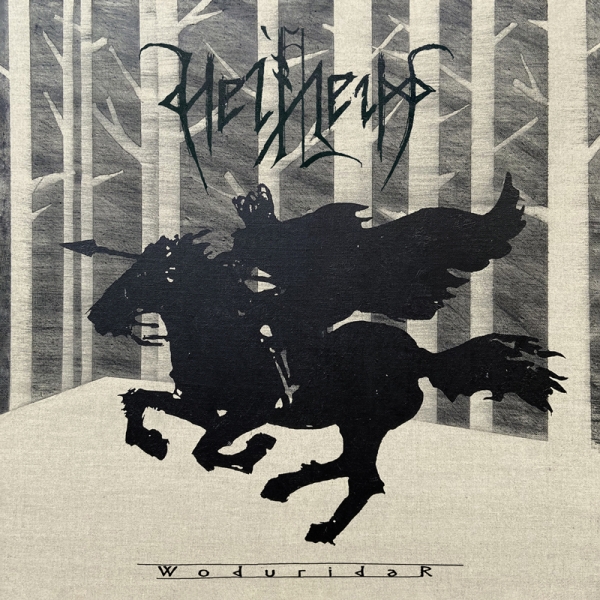 The harshness and extreme sounds of “WoduridaR”, is a return to the roots for the viking metal legends Helheim. The album is a result of a fusion between their former releases “LandawarijaR” and “Rignir”, and they’ve returned to the aggression one could hear on “LandawarijaR”. However, as “Rignir” presented something new and exciting that the band enjoyed, a lot of the atmospheres, focus of melodies and the use of clean vocals is also a big part of the new album.

“WoduridaR”, the eleventh full length album from Helheim, more or less sums up their almost 30 years long career, with elements from all their album combining the harshness from the first ones to the vocal arrangements on “Rignir”.

“WoduridaR” is an Old Norse word, that can be translated to “the wild rider”. You can draw lines from that to Odins many names and meanings. For Helheim and their new album, all the songs are conceptual free from each other, and tells their own story. It has never looked darker in the realm of Helheim, and songs like “Tankesmed” and “Litil vis madr” is good examples for that.